Since the early 2000s, landmasses have been collapsing around the Dead Sea at an ever-accelerating rate. These sinkholes have literally taken over the unique desert landscape, with over 4,000 documented holes, some as large as 2km long and 25m deep. The phenomenon is linked to the depletion of saline water from the Dead Sea and the rapid drop in sea level, more than a metre per year. Water runoff from the desertified mountains seeps into the ground where the sea once lay, dissolving underground deposits of rock salt and creating huge cavities that eventually surrender to the weight of the earth on top. Driving along the banks of the Dead Sea, the sight of abandoned beach resorts, empty buildings and diverted roads amidst the arid landscape feels like an apocalypse in the lowest place on earth. Three main forces are accountable for this radical transformation: a series of dams built along the Jordan River basin in Israel, Jordan, Syria and Lebanon; the exhaustion of underground water resources for Israeli date palm plantations in the Occupied Palestinian Territories; and above all the extraction of fertilisers from the evaporation ponds run by the Dead Sea Works in Israel and the Arab Potash Company in Jordan that have been operating since the time of the British Mandate. The 25 dining tables map out the imminent risk zones along the shoreline and the geological transformations it has endured.

Since the time of the British Empire, the circulation of fertilisers worldwide has demanded extracting the maximum agricultural value from the soil. Rather than the exponential growth of mineral extraction to keep up with demand, this installation explores other ways to reduce the need for adding nutrients to the soil whilst still feeding a growing population. CLIMAVORE is a performative dinner especially conceived for Under The Sea There Is A Hole. It aims to consider a diet based on new climatic seasons. Different from the now obsolete cycle of spring, summer, autumn, and winter, it reacts to current drought, desertification, water pollution, flash floods, and invasive species. 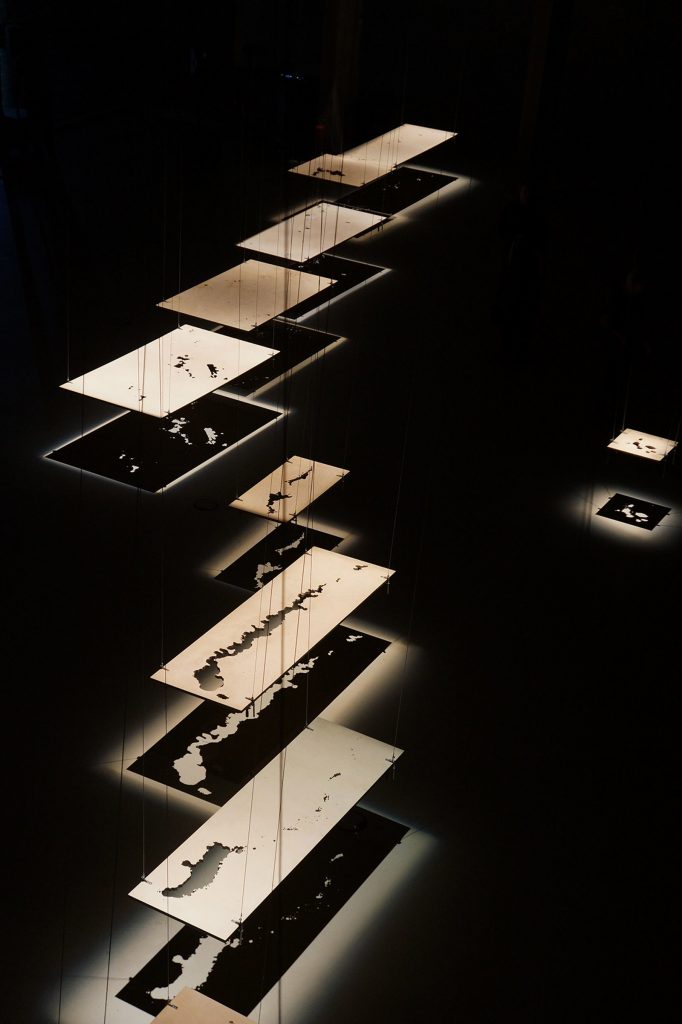 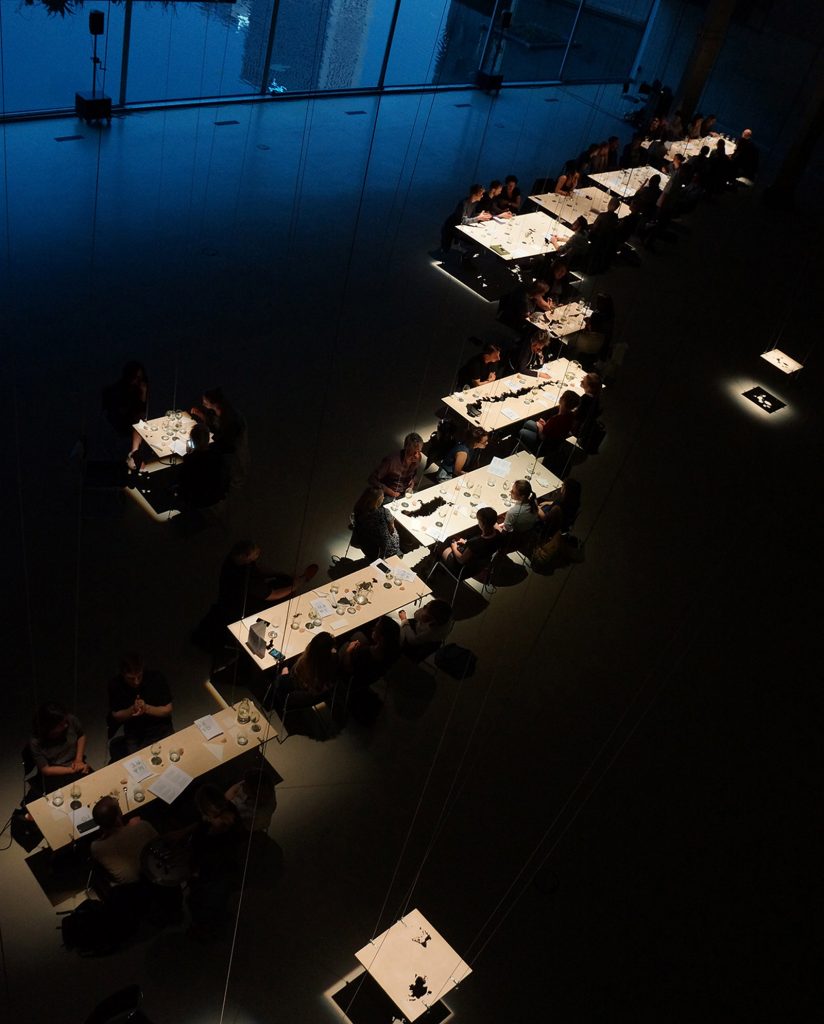 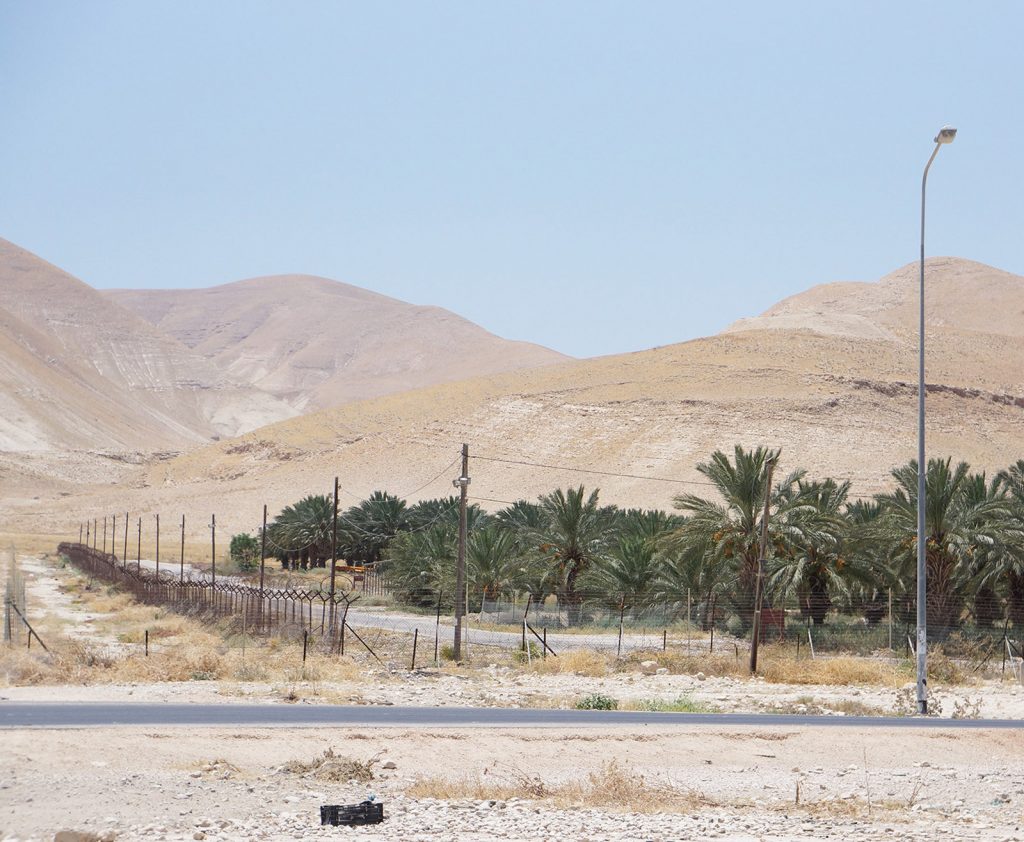 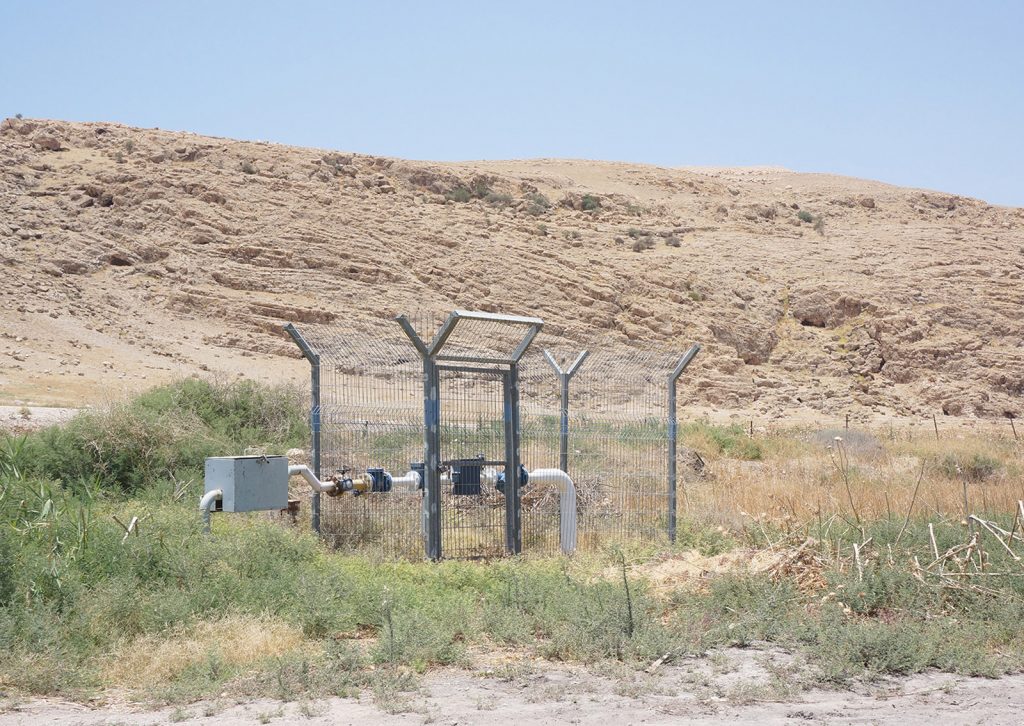 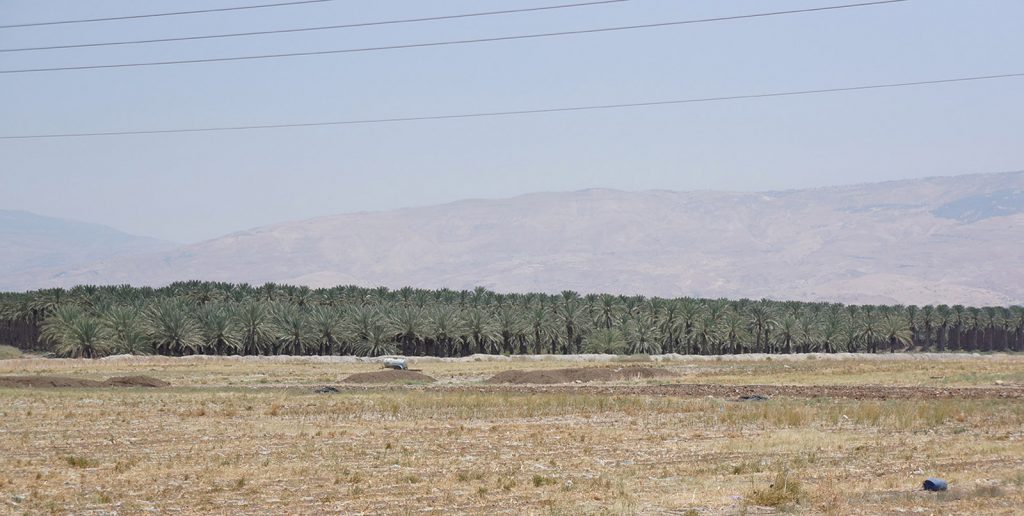 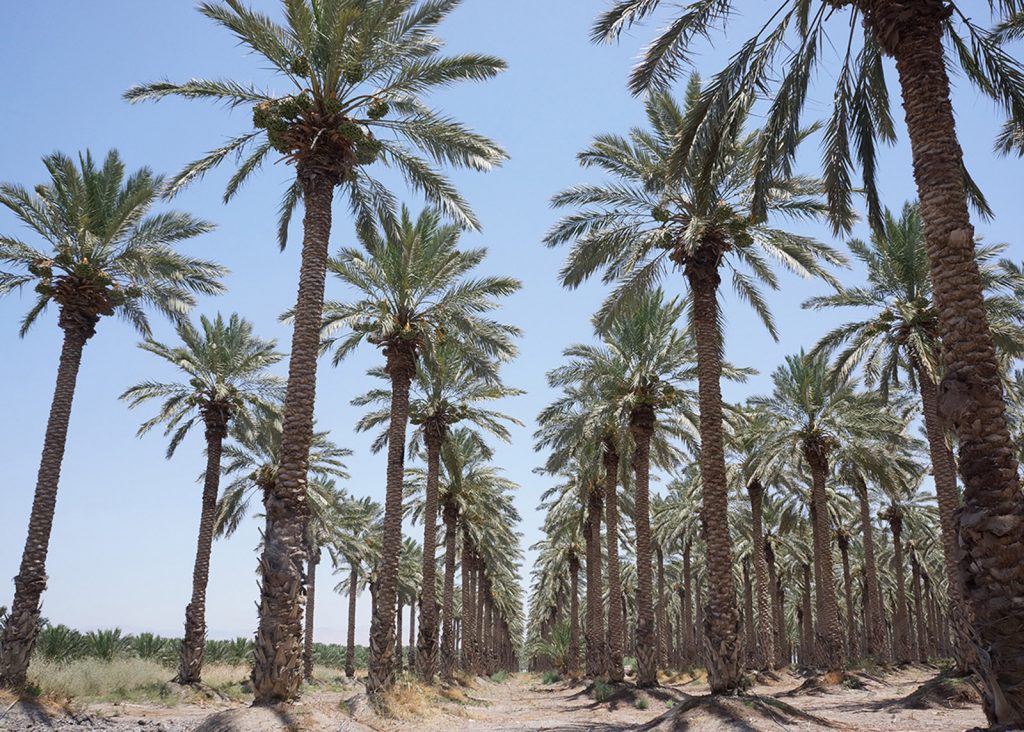 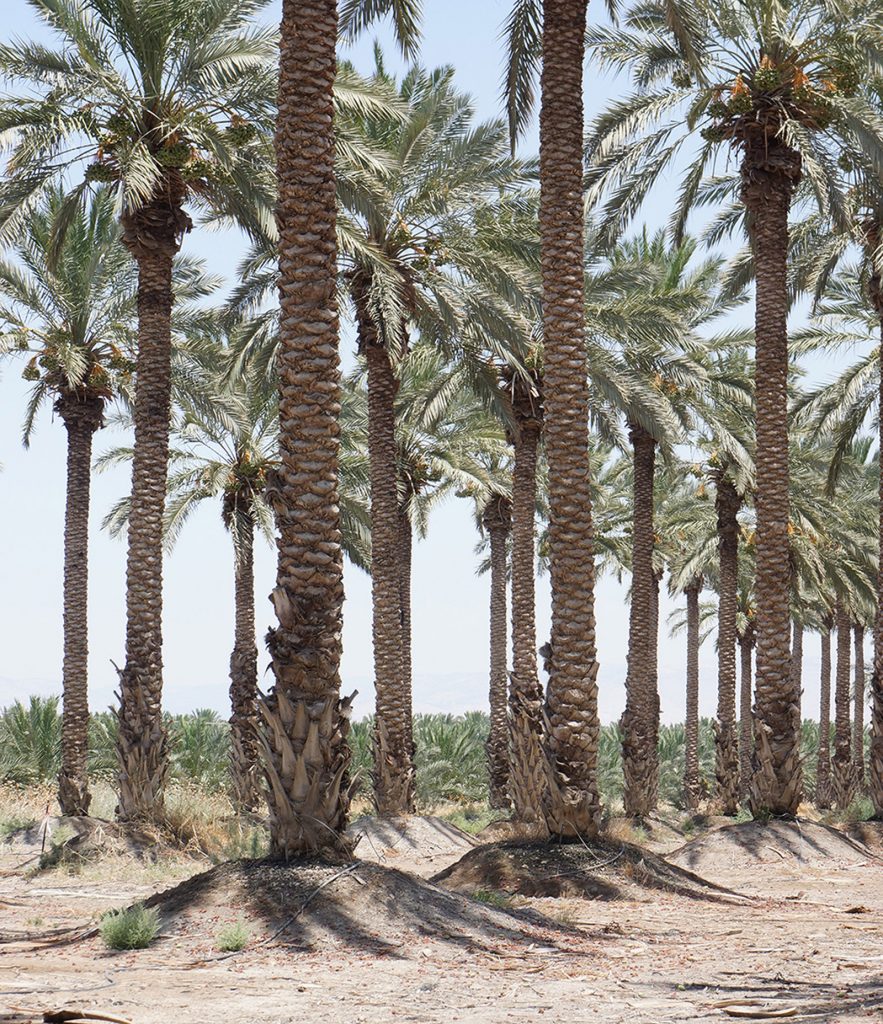 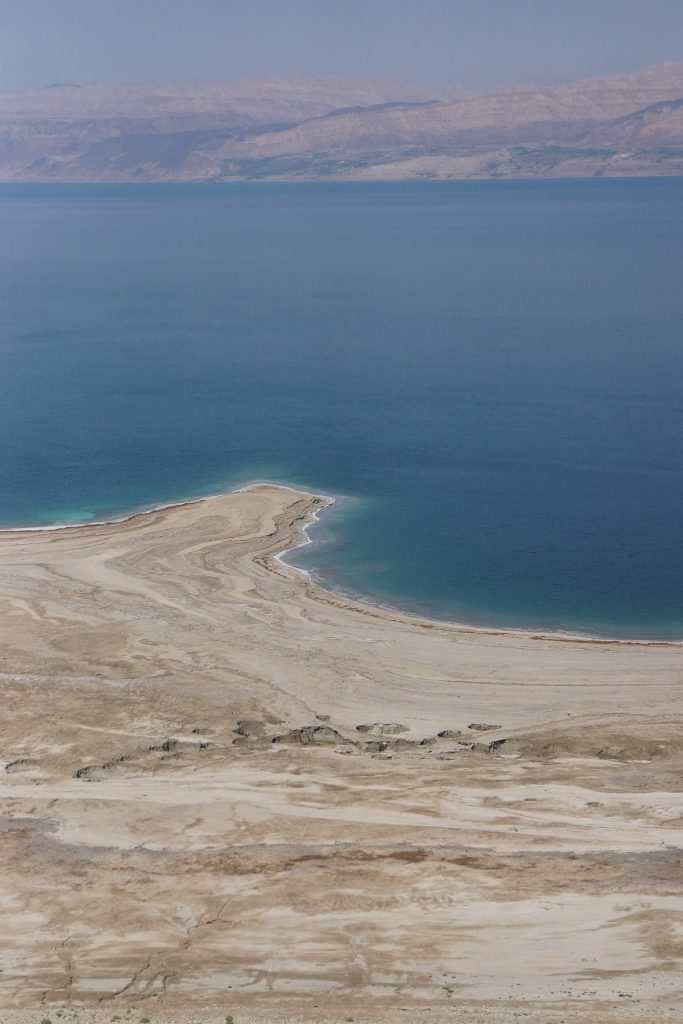 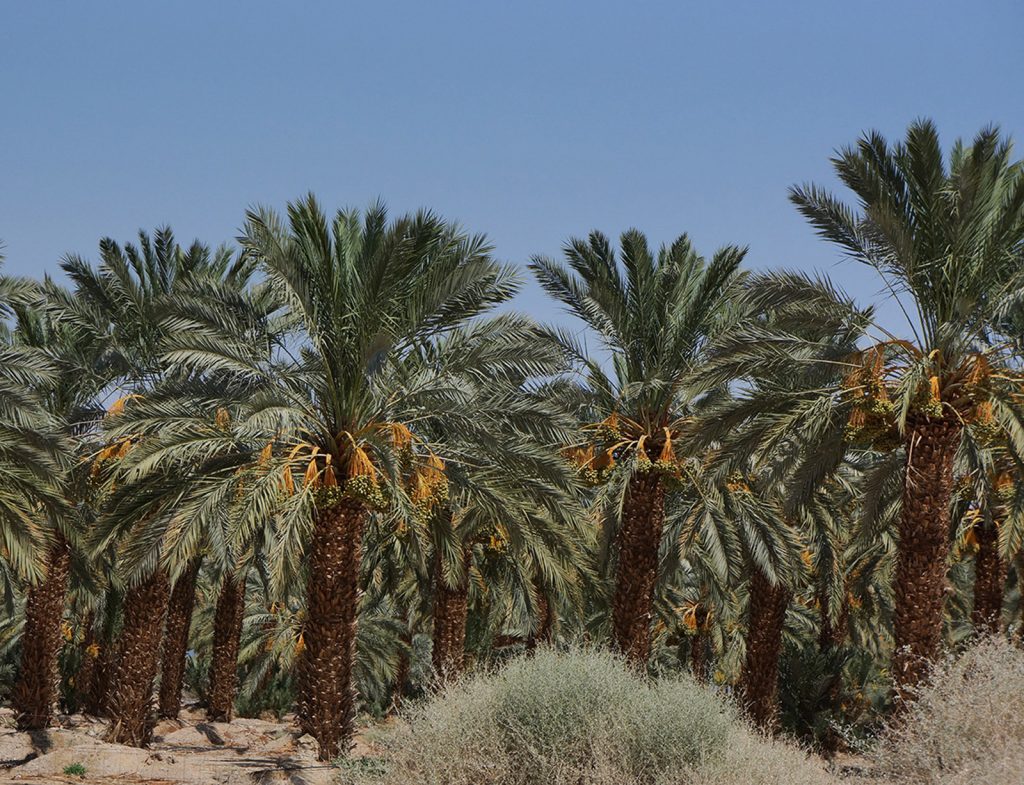 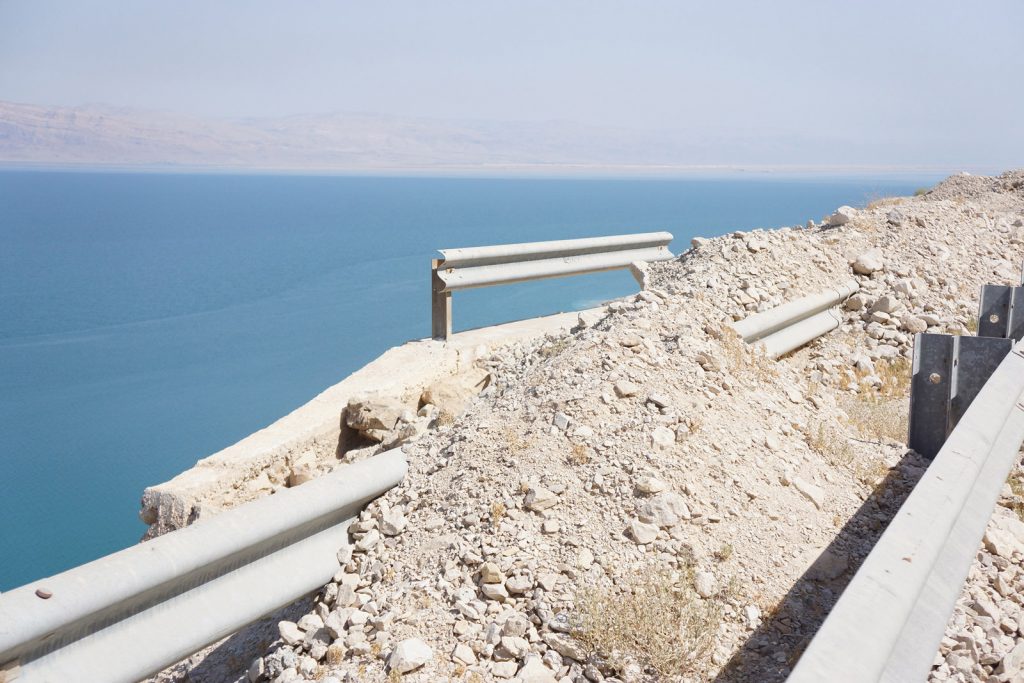 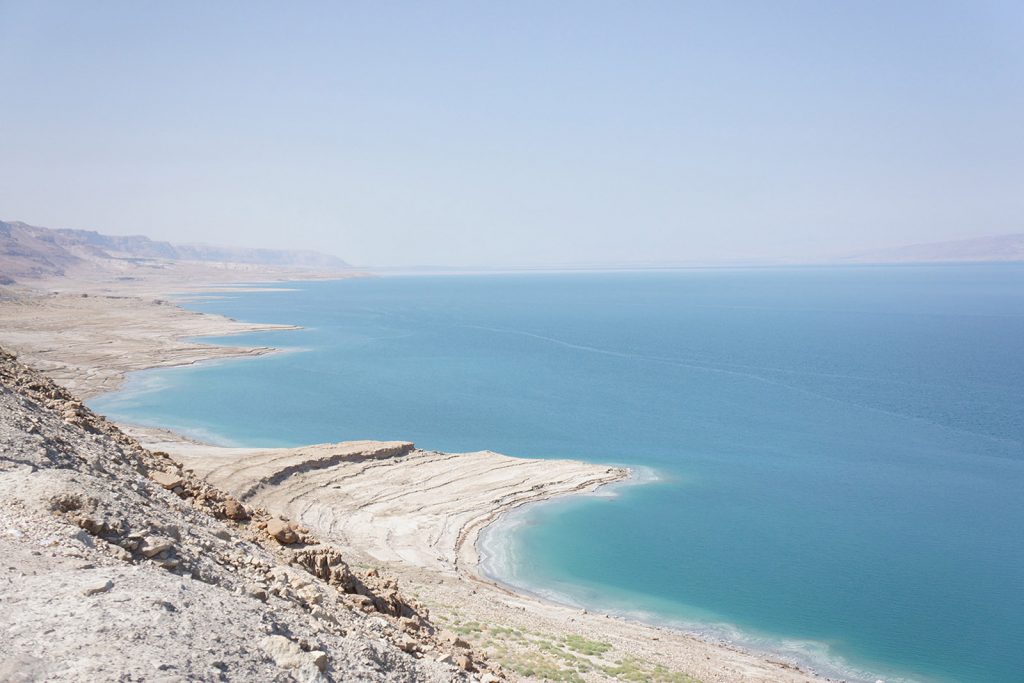 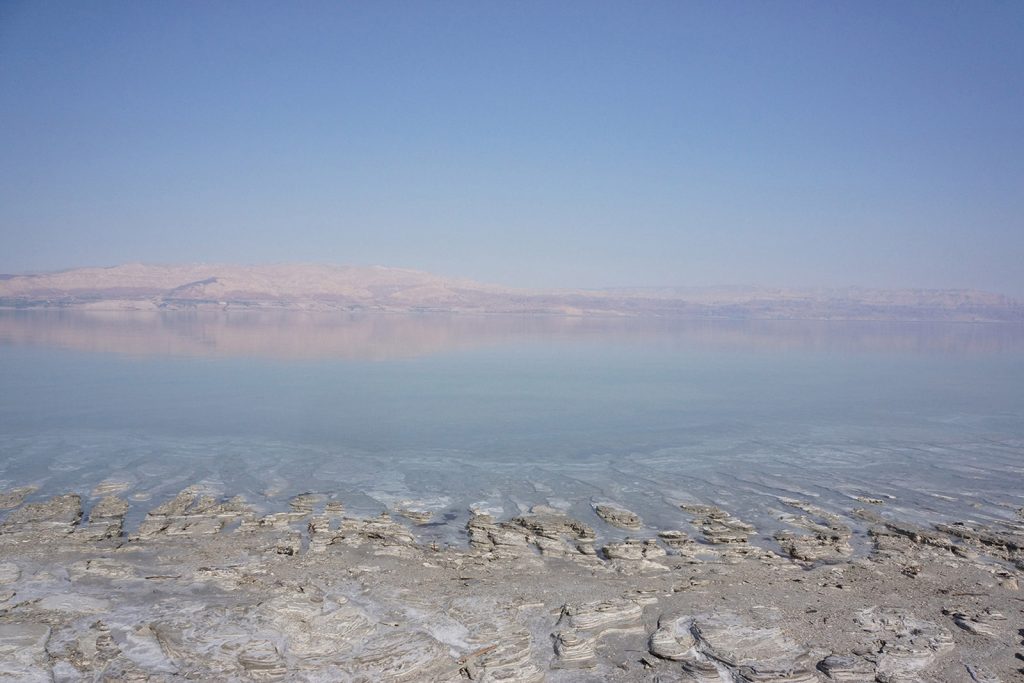 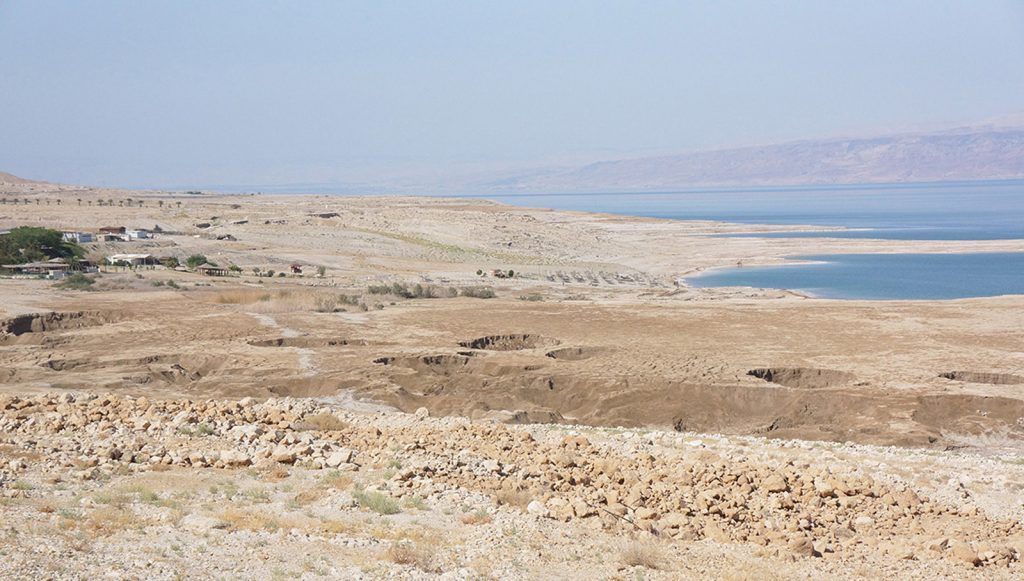 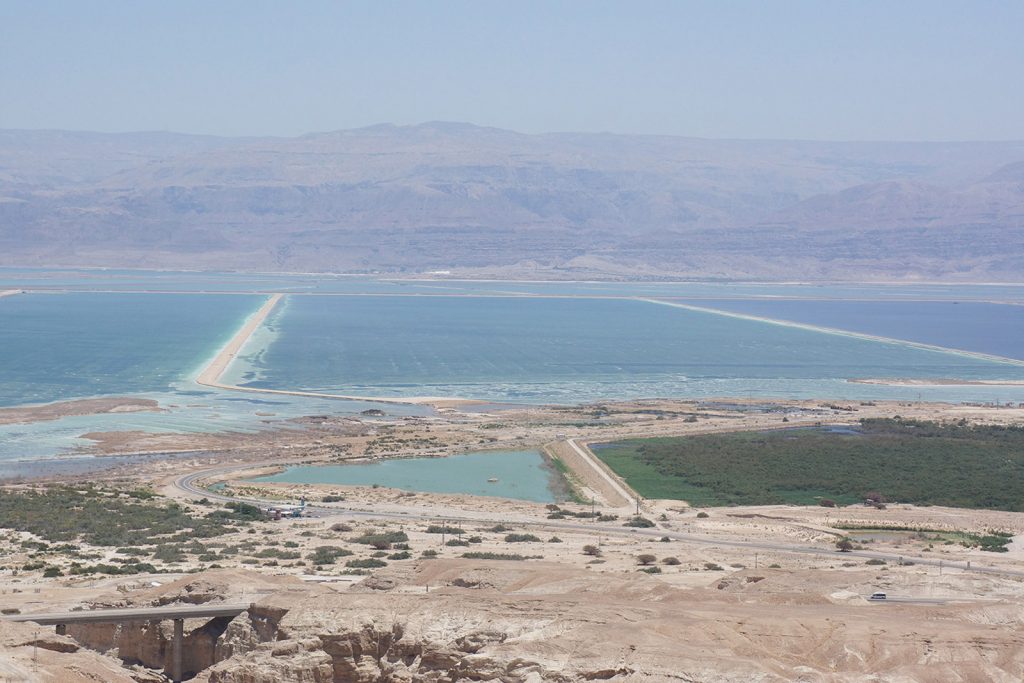 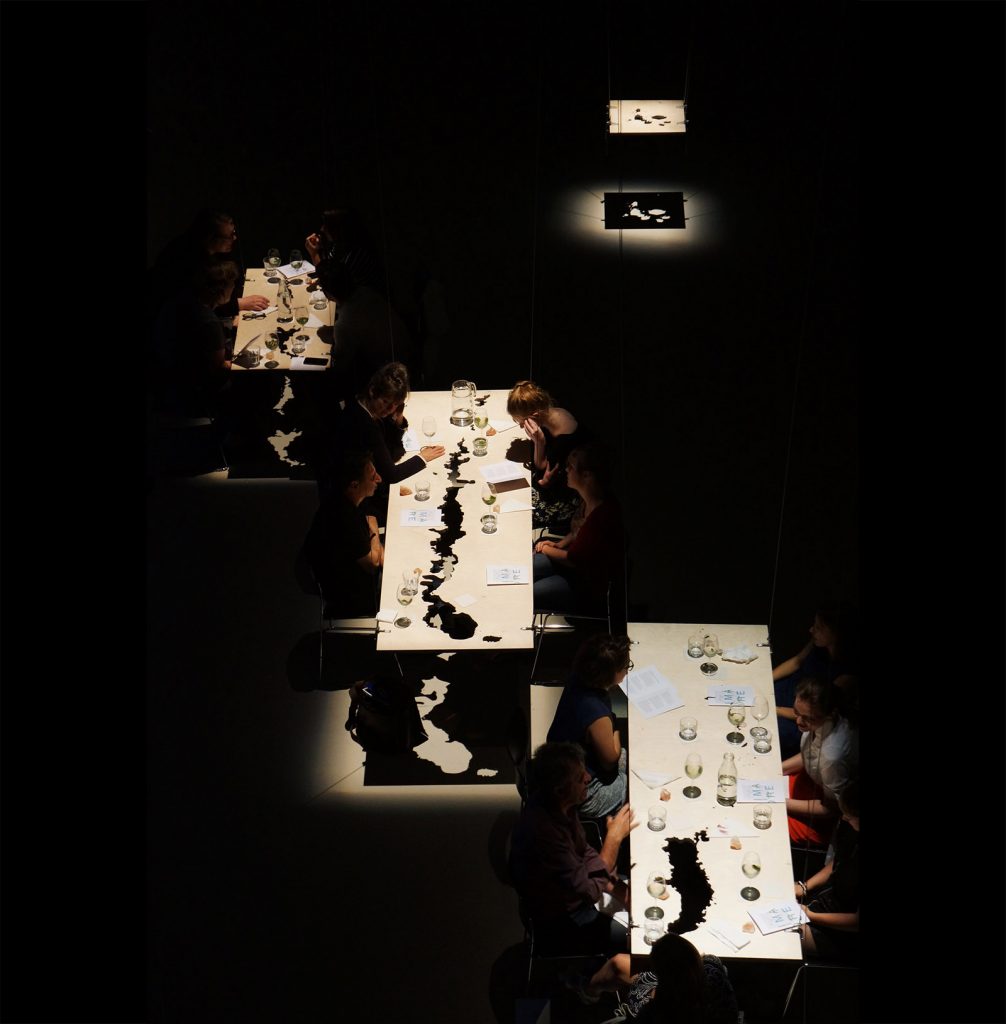 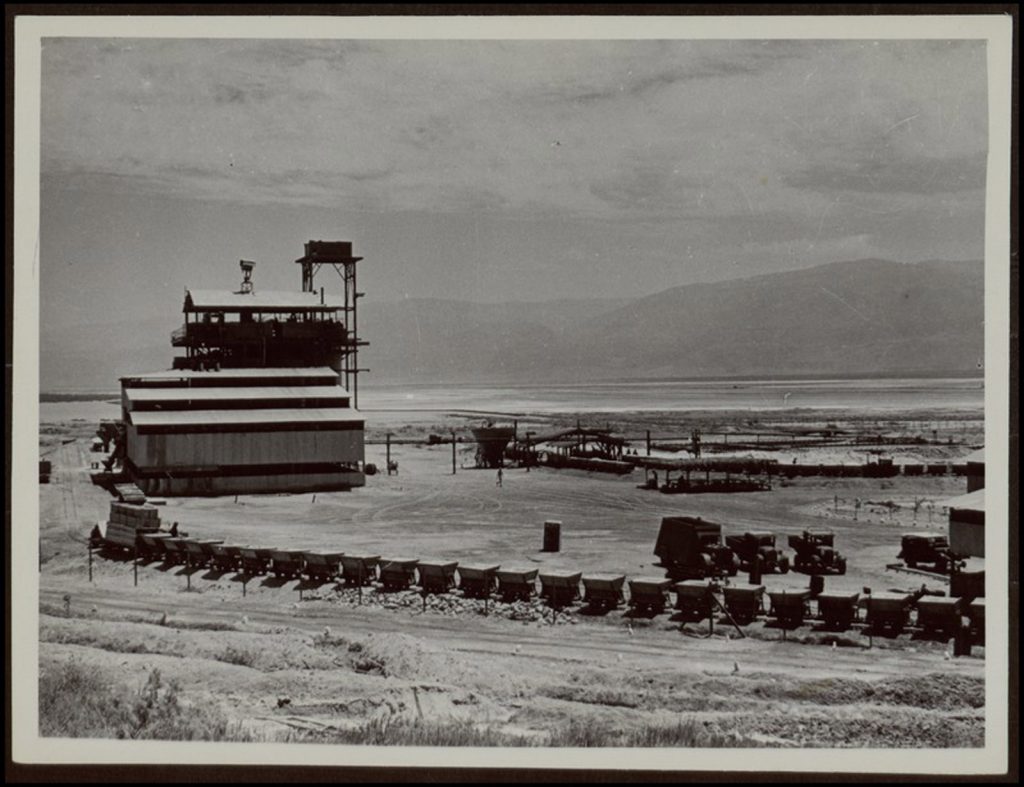 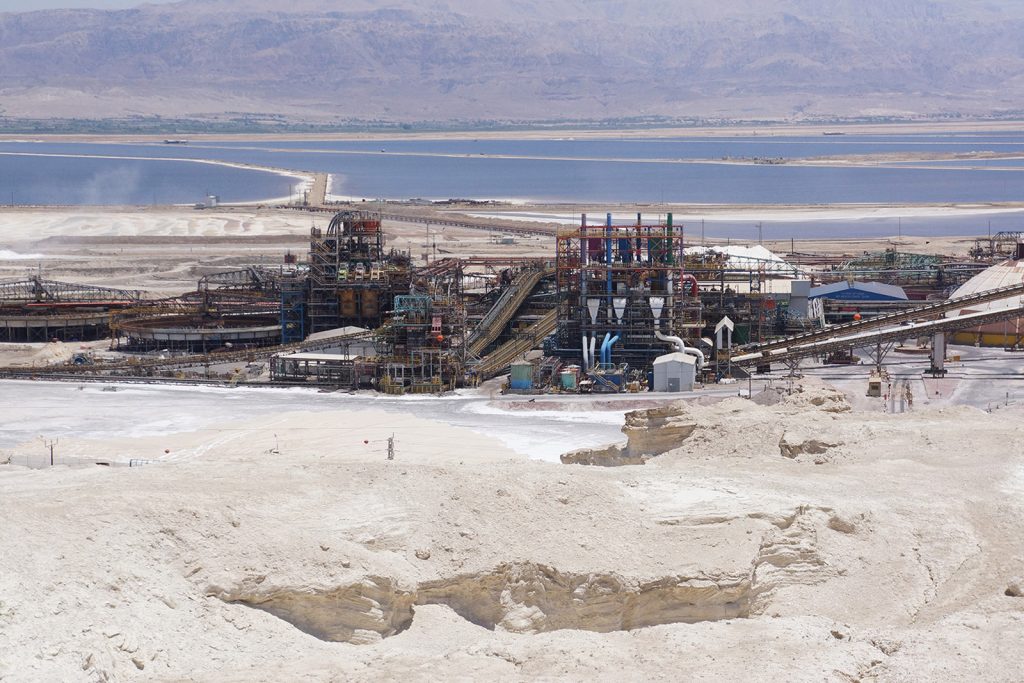 Cooking Sections, Extraction of potash from the Dead Sea