The Royal Museum for Central Africa in Tervuren, Belgium, was first built in 1897 by King Leopold II to showcase his Congo Free State during the World Exhibition. Central to the Savane Du Sud diorama stands the dramatic scene of a leopard biting in the neck of an impala, its claws piercing an eye as fake blood drips onto real fur.

The metal structure created to support this imaginary choreography between two animal skins is reconstructed out of rare earth neon and mammoth ivory, materials from contemporary mining practices echoing new forms of geology, economy and colony. 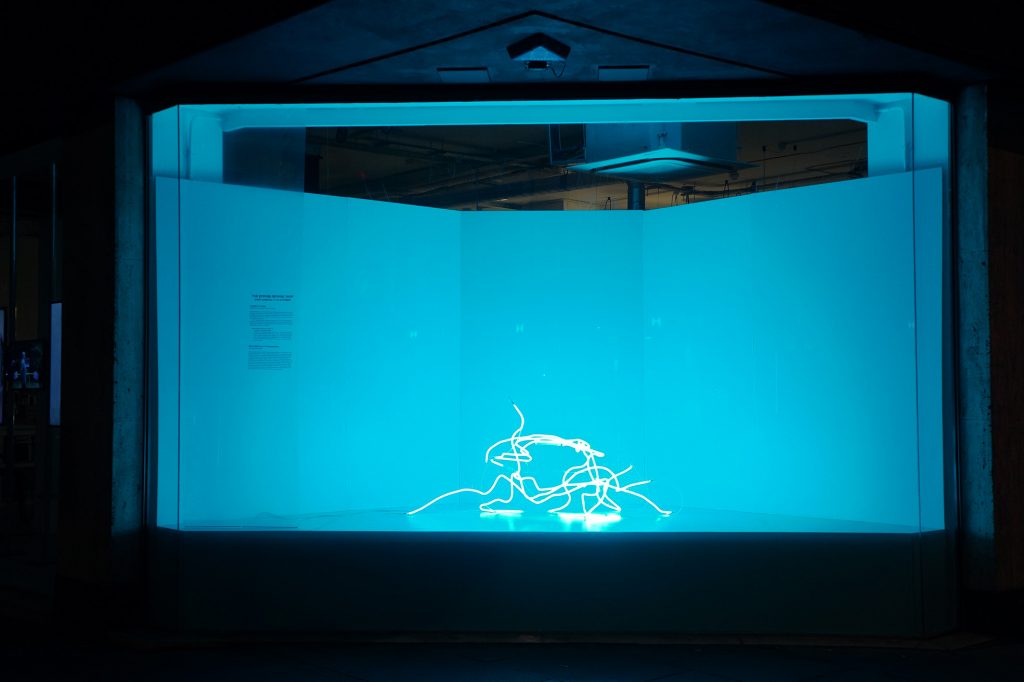 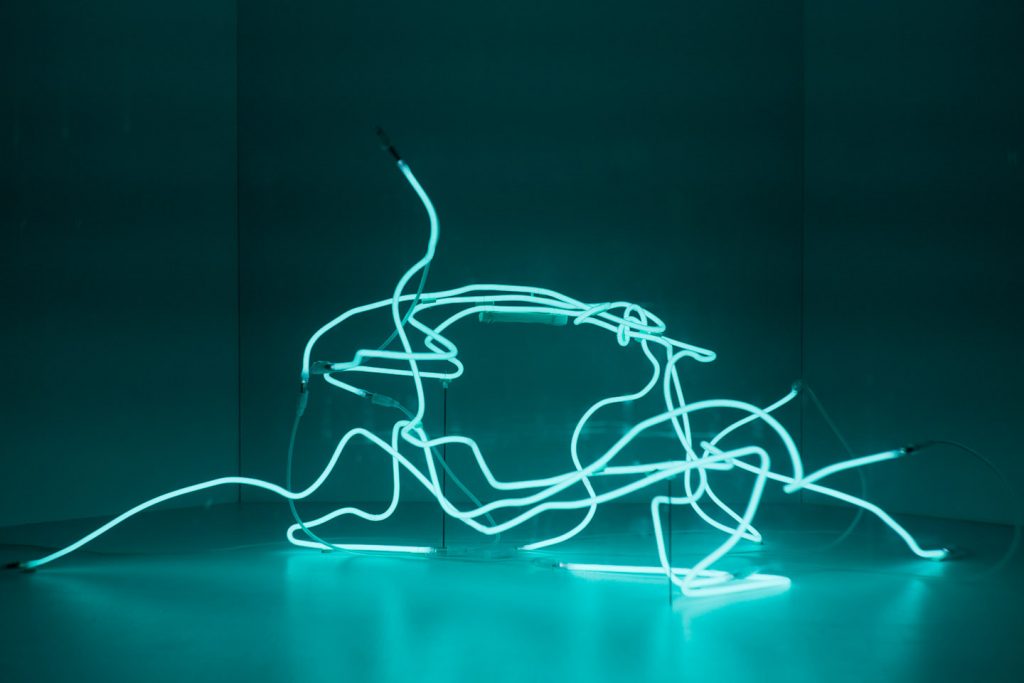 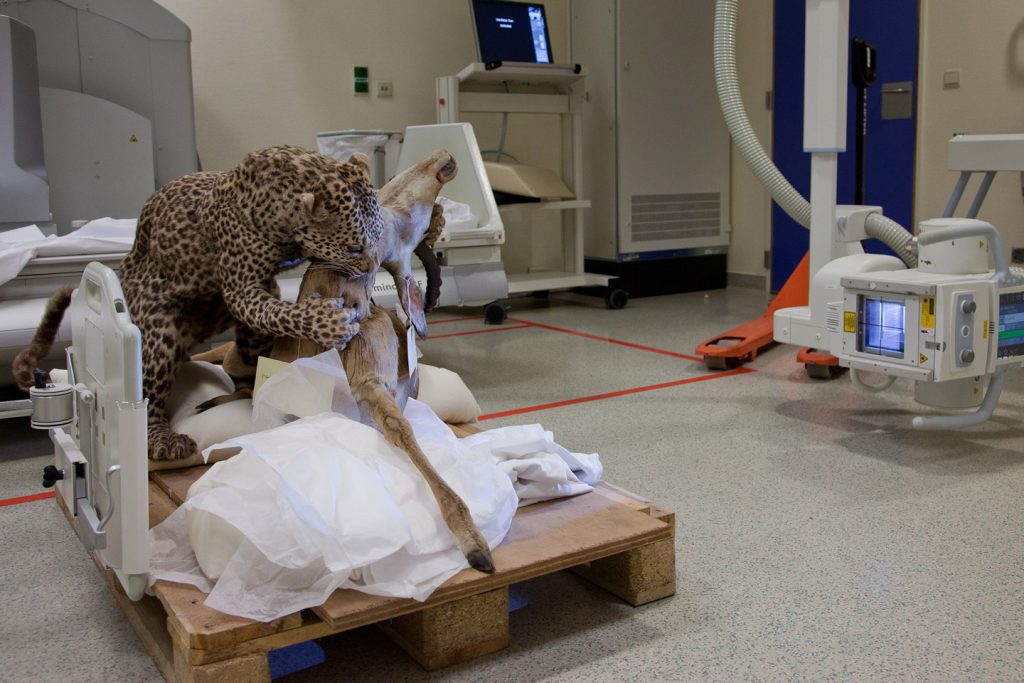