Omer Eltigani, is a chef and founder of The Sudanese Kitchen, a project compiling and preserving Sudanese recipes passed down through generations, sharing them to a wider audience whilst objectively educating the reader on the Sudan, its cuisine and cultures.

For the launch of The Empire Remains Shop—Birmingham, Omer will present The Sudanese Kitchen and the relationship between Sudan and the British Empire in relationship to contemporary British economic interests in the country and the recent uprisings in Khartoum. Accompanying this first launch of Omer’s longer-term project will be refreshments made with Acacia gum (aka. Gum Arabic), the only ingredient from Sudan that is not on the US sanctions list due to the dependence of large pharmaceutical corporations on it. Extracted from branches of acacia trees growing in Sudan’s savanna, gum arabic is a natural emulsifier, holding together substances that don’t mix well in a more successful way than any other starches. This raises the entwined economic and political contexts of ingredients, sanctions and food production that The Empire Remains Shop—Birmingham investigates and makes public.

Grand Union and The Sudanese Kitchen will be working on a series of events over the coming year. 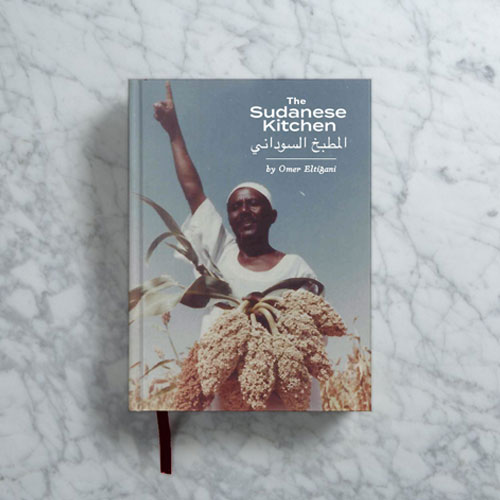