The Empire Christmas Pudding is a well-known ‘gastronomic paradox’: the most English of dishes made from the most un-English of ingredients. Written in 1928 by King George V’s chef André Cédard—the dish is composed of seventeen ingredients from seventeen different places of origin. Currants from Australia, raisins from South Africa, cinnamon from India, cloves from Zanzibar, apples from Canada… More than a recipe, the list of ingredients operates as a map. The Empire Remains Christmas Pudding is the first project developed for The Empire Remains Shop. It traces the changes in the postcolonial food market by exploring the economic strategies and forces at play today. Every Christmas since 2013, it assembles the same ingredients with the same origins from supermarkets.

The Empire Remains Christmas Pudding traces the changes in the postcolonial food market by exploring the economic strategies and forces at play today. The new recipe makes evident that if foodstuffs were once promoted according to their source, today food products are rather ‘packed in the UK,’ ‘milled in the UK,’ ‘produced in the EU,’ or use ‘sugar from a range of countries.’ New economies of origin do not promote a sense of place but the erasure of it. In some cases, particularly for dried fruits, it is more economical to simply change the supplier according to national conflicts or weather events  without telling customers. The trust consumers put in brands promotes a lack of transparency, but the dissolution of origins produces a contemporary logic that has shifted from Made In to Made Nowhere. 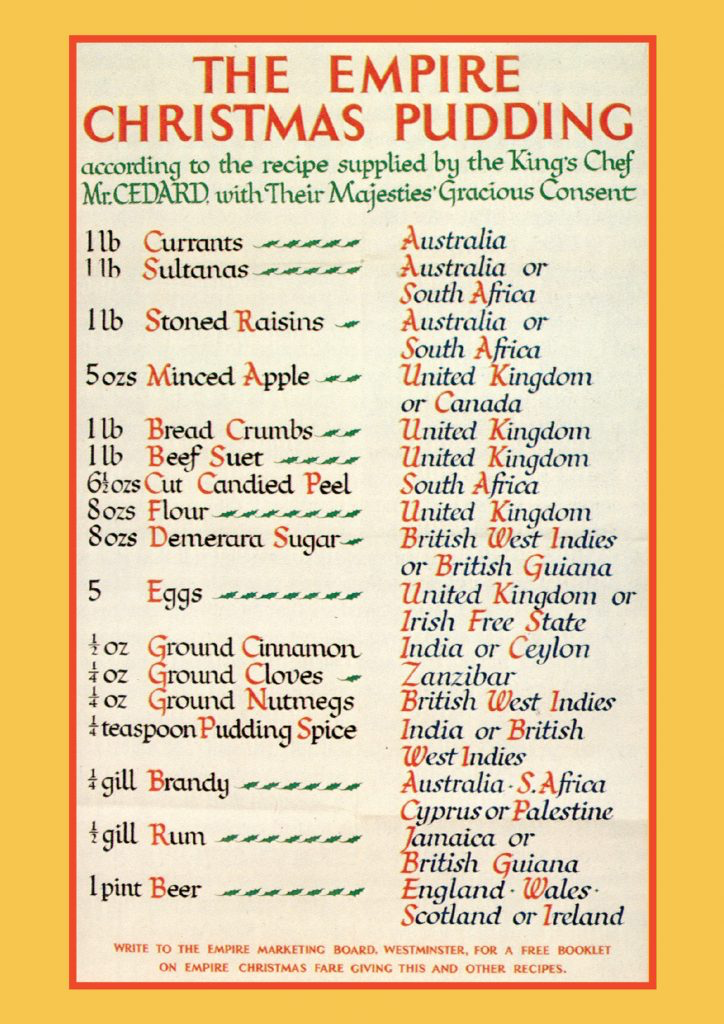 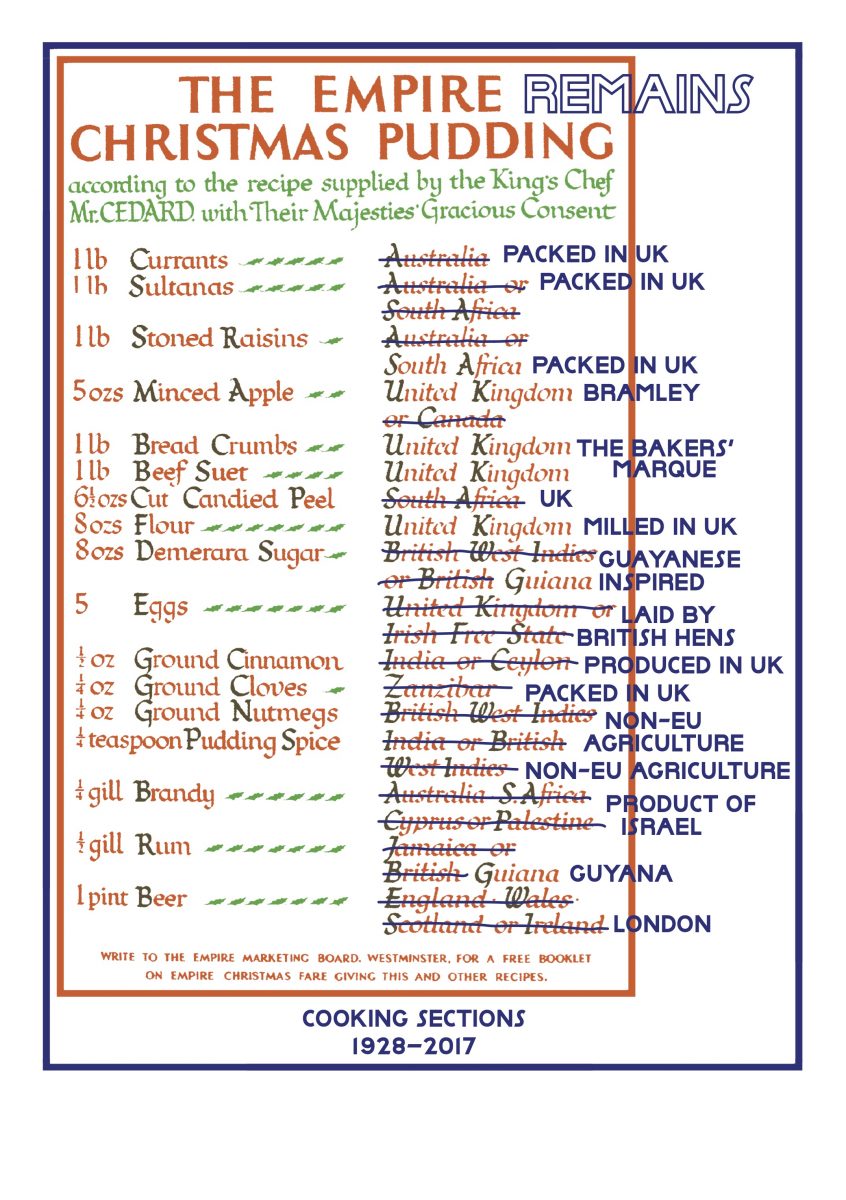