Forager Collective (Deepa Bhasthi, Sunoj D, Babitha Lingraj, UBIK) was a Bangalore-based group of writers and artists investigating issues and ideas currently shaping the politics, culture, physical geographies and socio-economic structures in the contemporary world. In 2014, they launched The Forager, a quarterly online journal interested in food as a cultural practice and political issue. The Collective also participated in experimental, cross-cultural and interdisciplinary collaborations with artists, writers, curators and other creative practitioners in both the digital and physical spaces. Past projects have dealt with the relationship between money and the value behind farming. Their work has been exhibited as part of the Collateral Events at Kochi-Muziris Biennale, at Exhibit320 in New Delhi and at El Salón, Madrid. For the project at The Empire Remains Shop, they collaborated with the Soliga’s workshop in Malé Mahadeshwara Reserve Forest (also known as the MM Hills), Karnataka, India. 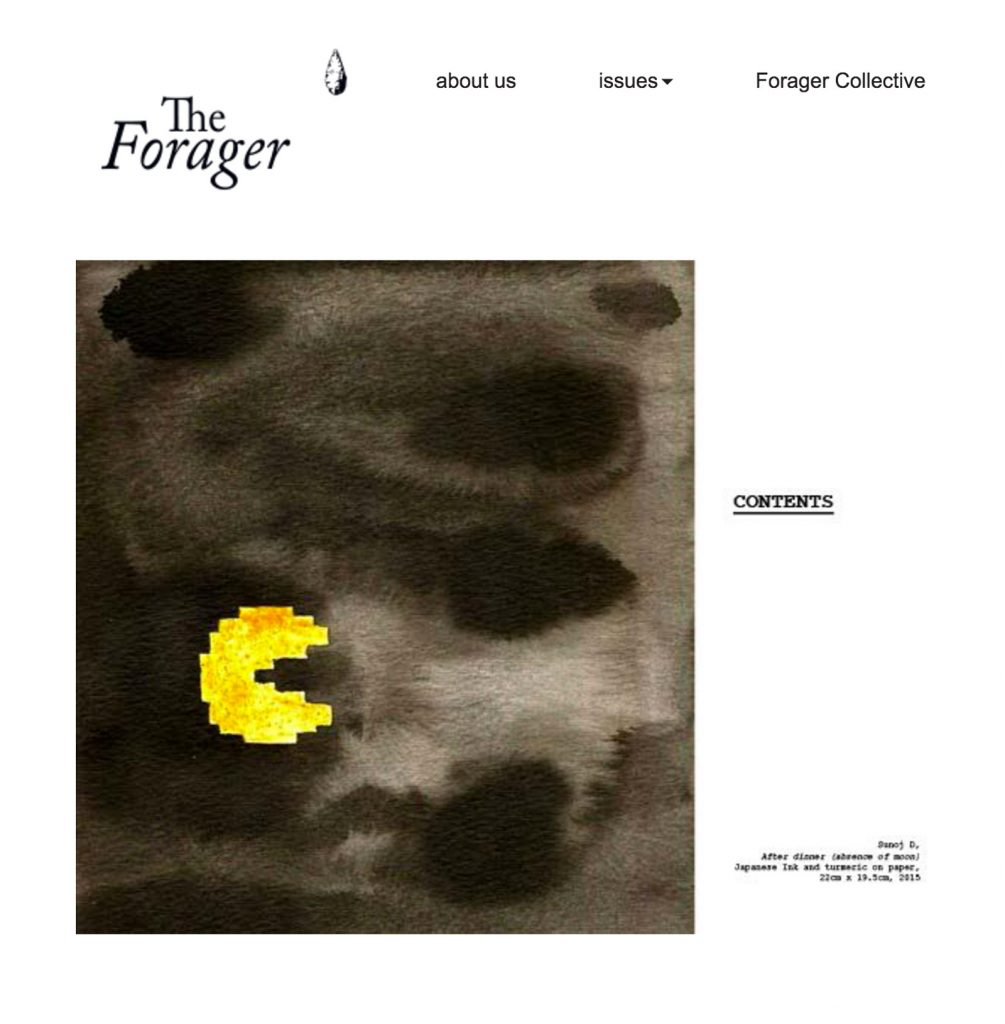