Radha La Bia is a persona portrayed by Shahmen Suku. Suku was born in 1987 in Singapore and arrived in Australia in 2009. He is a performance artist based in Sydney, exploring racial and cultural identity, gender roles, the home and the kitchen, food and storytelling. Growing up in a modern matriarchal Indian family in Singapore, Suku processes his feelings of displacement from home as Radha La Bia, the Diva from India, who entered the country by dubious means.

After moving to Australia, Suku’s perspectives on migration, culture, race, colonisation and gender identity, which cannot be discussed openly in Singapore, have found expression in his alter ego. Drawing on a background in biomedical science, cooking and interior design, Radha’s performances create holistic experiences that encompass culinary science and spatial dynamics. Spiced with family stories, Radha’s shows range across pop culture, social media and the idea of Australia as a foreign body. 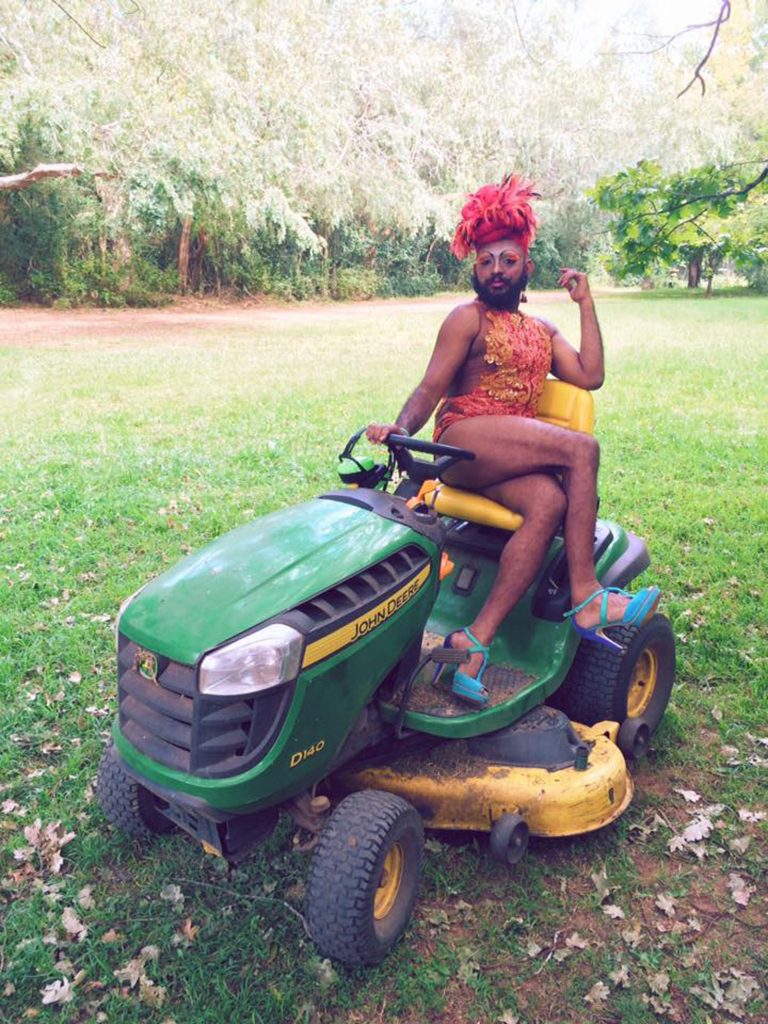 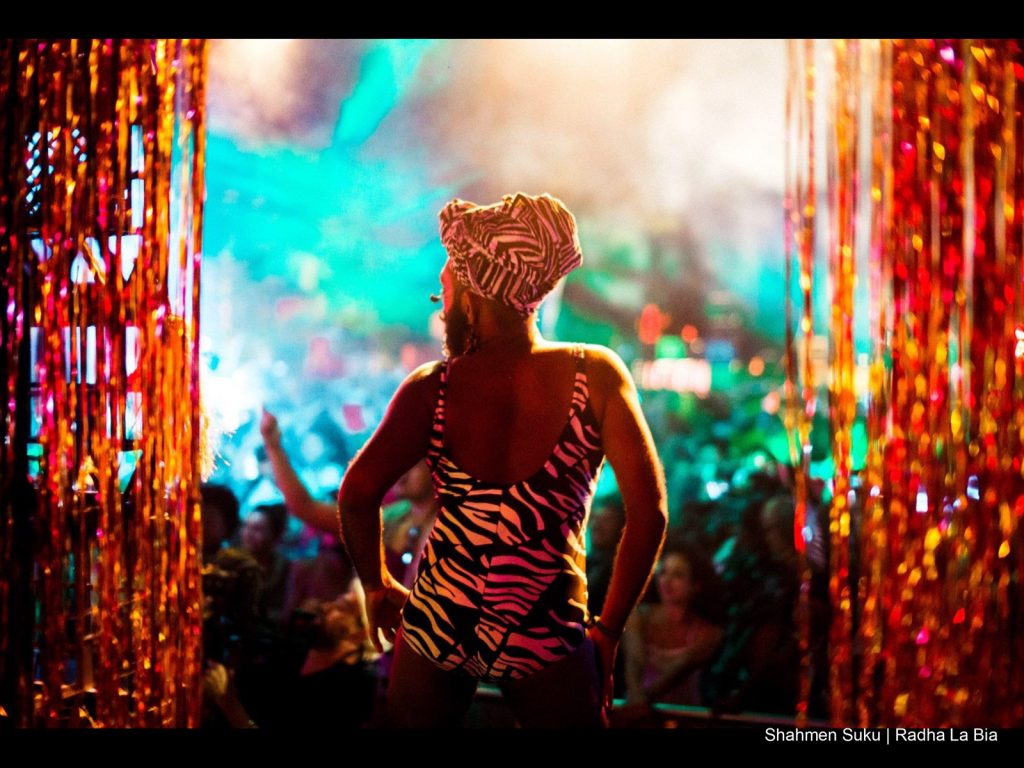 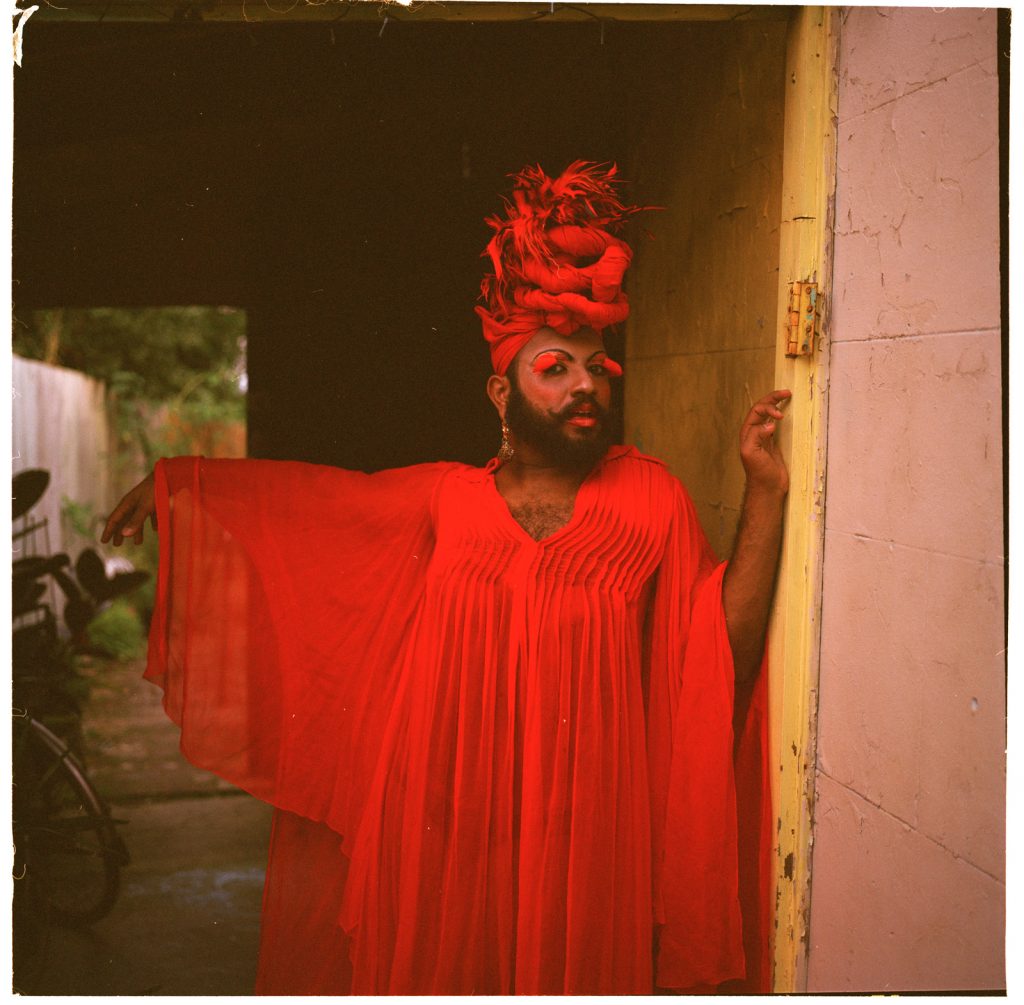 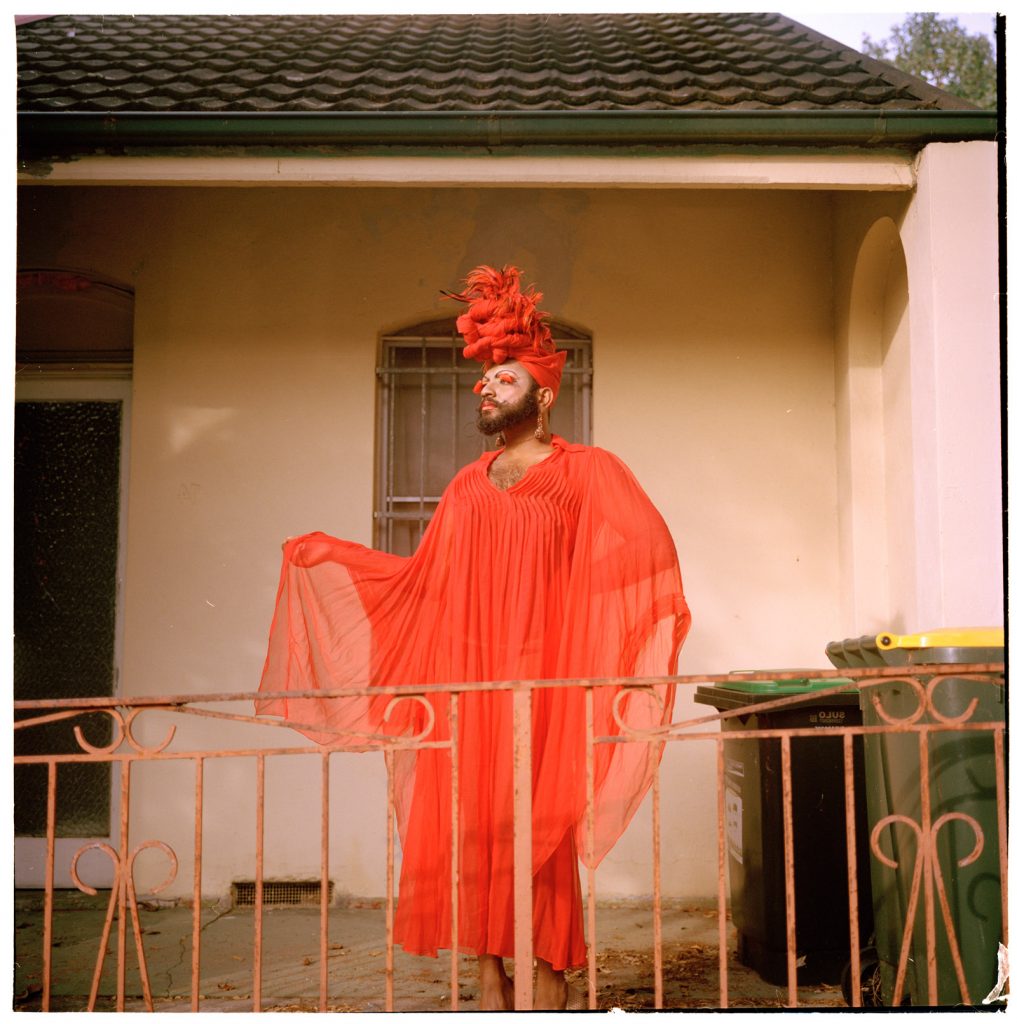 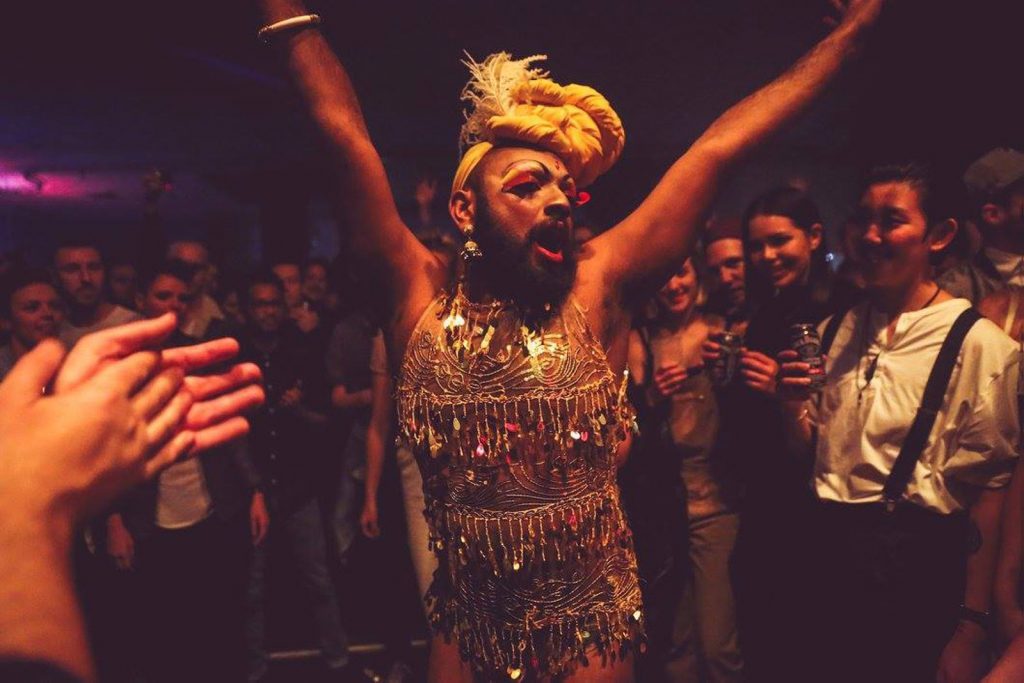